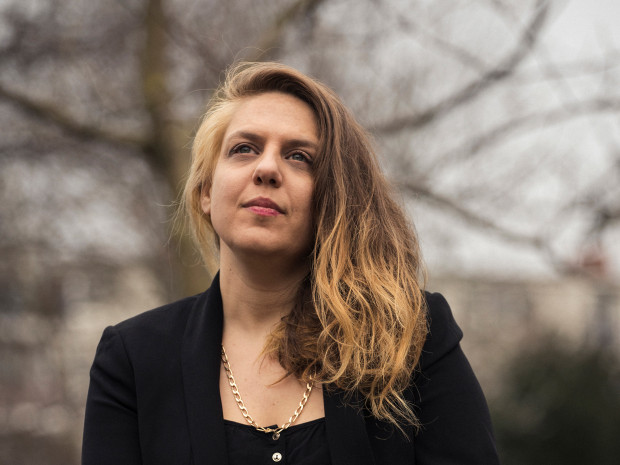 This is the English version of the interview. You can find a German version here.

2022 is Sivan Ben Yishai's second time being nominated for the Mülheimer Dramatikpreis. With us, the writer talked about listening, her writing process, dominant cultures, and the importance of multicultural perspectives for the slow-moving world of German theatre.

When entering your website, people are greeted by “You can start talking, I’m listening”. Where do you listen closely?

Is there something, or someone, that you like listening to?

In “The Neverending Story” by Michael Ende, the Childlike Empress says all the creatures in Fantastica are completely equal to one another. She refuses to give an adjective to any being or any sort of existence, doesn’t label it as “good” or “bad”. It’s quite a good way to think about the world and the things surrounding us.

Is there something that you don’t want to listen to anymore, that you are sick of listening to?

I wanted even those who don’t read the play or see the show to still ask themselves: The national poet of what? Of Germany, of Palestine-Israel? It’s an inquiry to the dominant cultures, and to the fact that no matter what we do, we are always doomed to get reduced to a flat picture of our identities based on our backgrounds as they are read by this dominant culture. Often, it’s not even true. In “Wounds Are Forever”, most of the biographical details I added about Sivan don’t fit my own biography. Why? Because if you’re not part of the dominant group, it’s hard to be described precisely and accurately.

You make clear that insisting on a singular narrative breeds violence. How do you integrate different narratives, as a writer and as a person?

That is the main question, for every writer in a way, even if they would word it differently: Can we exceed our own perspectives? In each of my works, the answer is quite different. In “Wounds Are Forever”, we are entering a no-go area. You’re trying to speak about the conflict between Israel and Palestine in Germany? No-go, you already lost. There will be no result in this discussion. And for me, this is the starting point of the play. My choice was to use the immigrant body as a sort of boxing arena. By letting many different perspectives of the past and the present collide and start speaking to one another, I somehow gain access to this no-go area.

What has changed for you and your work since your first nomination for the Mülheimer Theatertage with “Love / an argumentative exercise” in 2020 and your nomination today in 2022?

Ever since writing “Your Very Own Double Crisis Club”, I have always felt like something meaningful is happening to me. Busy, intense days, in the good way, is how I would describe my last six years. That hasn’t changed. What has changed, I think, is the way the audience now reads my works. That is because it takes time for the readership and spectatorship to get used to the language of a writer, their topics, how they approach questions and conflicts, how they work with their body. I am continuing my intense dialogue with the German speaking world. Another thing that changed is that the structures themselves are more open and more eager to check how they understand German writing. Who is a German writer? What does it mean that a person who is translated from English to German – my translator is Maren Kames – is nominated to Mülheim? It’s a big statement in the slow-moving world of theartre literature. I hope there will be more like me now, more translated works, more immigrant and refugee voices, more people who write in their native or, like me, in their second language and who challenge the dominant structures.

I see my time at the desk as a huge privilege, and I try to arrive at this meeting I have with myself every day, whether there is something urgent to do or not. I start work every day at 7 in the morning, and I finish around four or five in the afternoon. I established a routine that gives me space and sanity. Often, journalists ask “How do you know that it’s done?” For me, the bigger question is: Where does it really begin? It takes two, three, sometimes four months, of insistent writing until I recognize this beginning. It happens when I know that I belong to the space, to the set of decisions that I made. When I can say: Yes, this is mine. I write many beautiful things on the way, but they are not mine, necessarily, they are not relevant, they are not for now.

You not only write, but you also perform your texts. Where do the writer, the director and the performer connect? Where do they maybe differ?

I’m less connected to the director in me these days. I’m not eager to direct, and I have no interest in it anymore. I am interested in performing and I’m very interested in writing. For me, it’s the same thing in a way. While writing, I’m always speaking. The words are always in my mouth. When I’m writing, I’m in this very present, in-between state of a performer who is on the one hand responding to existing materials and on the other hand improvising wildly.

What is a topic or an idea that you would like to integrate into one of your future texts?

I never work with topics or ideas because once I name topic, the thing is already dead. In writing, the real thing starts, when you forget what your topic was and when you start inspecting what really happens. It doesn’t matter where you look, you will always discover the same tensions, questions, social conflicts and dynamics of power. We just need to listen, and to look very closely, and then go through the process of putting it in words. When putting something into words, it transforms over and over again, and develops its own life.

In the play, the main character is accompanied by a dog, a German Shepherd. If you had to choose an animal to be a companion in your own life, what animal would that be?

Your question assumes that the animal is a sort of a reflection of who I am, doesn’t it? To me, everything in this world is a companionship. I take care of my friends, my family, my audience, and the society in which I live. Every day, something else becomes this reflection of who I am today.

Sivan Ben Yishai, born in 1978, grew up in Jerusalem and studied directing and theatre writing in Tel Aviv. She first worked as a director. Since 2012, she lives and works in Berlin and has dedicated herself exclusively to writing for the last six years. In 2017, her first play “Your very own Double Crisis Club” was staged at the Deutsches Theater Berlin during the Autorentheatertage. “Wounds Are Forever (Self-portrait as the national poet)” was commissioned for the Nationaltheater Mannheim, where she worked during the season 2019/20. Her play “Like Lovers Do (Memoirs of Medusa)” staged by Pınar Karabulut at the Münchner Kammerspiele has been invited to the Berliner Theatertreffen 2022. 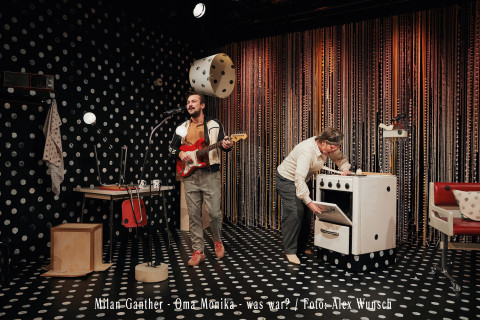 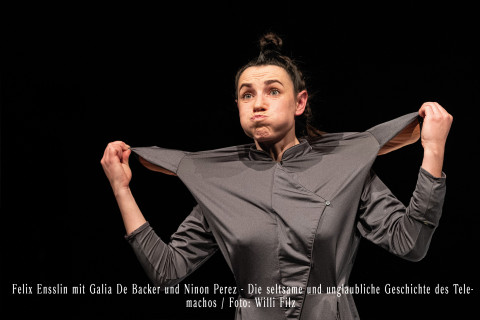 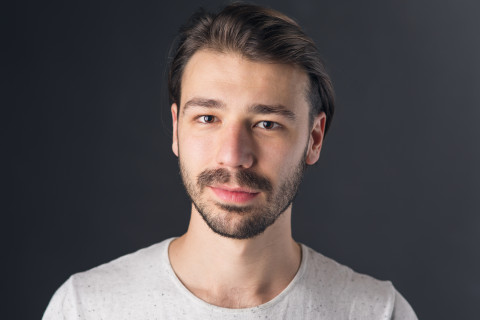